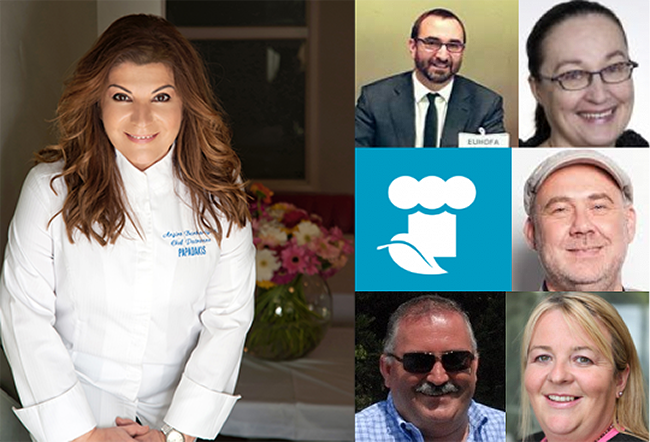 An experienced international jury has been assigned the difficult task of crowning the winner of the European Young Chef Award 2017, to be select among eight finalists coming from the European Regions of Gastronomy and gathering to celebrate the cultural and food diversity in Europe.

On 6 November at EUHT StPOL hospitality school in Sant Pol de Mar (Barcelona), the young contestants will express their talent and compete for 2017 title by presenting innovative reinterpretations of traditional dishes from their regions, using local plant and animal varieties in a bid to win the jury’s hearts and palates.

The panel will be chaired by Greek celebrity chef and television star, Argiro Barbarigou, named Ambassador of Aegean Cuisine for South Aegean, European Region of Gastronomy 2019, the winning region of the 2016 contest edition. Chef and founder of Papadakis Restaurant in Athens, Argiro has built and devoted her successful career to Greek food, embodying the spirit of her country’s gastronomy and earning the title of ‘First Lady of Greek Cuisine.’ Born in Paros, an island in the Aegean Sea, she was raised among the smells and flavours of Hellenic gastronomic culture and continued her family’s excellent culinary tradition based on fresh fish and seafood indigenous to the Greek islands. In her restaurant, she delights the palates of world renown celebrities, from Jean Paul Gauthier to Carla Bruni, Athenian media, locals and tourists, surprising them with the personal touch of her exquisite cuisine.

In her own words: ‘I am so very proud of the Greek cuisine and our whole ingredients. I always cook with pure Greek produce to accompany my philosophy of a Mediterranean diet. That means healthy local products – easy and fast to make – with a flavour that allures everyone who tries them, but also, everyone who watches them on my show.’

Five distinguished international experts from the European Regions of Gastronomy will join Argiro Barbarigou in the panel and provide their judgement on specific criteria that will assess not only the taste, aesthetics and technical skills of the young chefs,’ but also the level of innovation, use of local products and the creative narrative revealing the dishes’ stories and cultural connections.

The jury for the European Young Chef Award 2017 will include:

Managing Director of Fundació Alícia, Catalonia (Spain), Toni Massanés. Prominent figure on both the local and the international gastronomic scene, Toni leads Fundació Alicia, a research centre devoted to technological innovation in cuisine, for the improvement of eating habits and the evaluation of food and gastronomic heritage. His career encompassed a great variety of roles, including academic teaching, journalism and exhibitions’ curatorship. Expert in Catalan gastronomy and researcher at the Food Observatory of the University of Barcelona (Odela), Toni has written, directed or participated in the drafting of several books, websites and guides concerning food products, restaurants and food culture in general, besides collaborating with gastronomic journals, television programmes and films.

Associate Professor in Tourism Studies at the Polytechnic Institute of Viana do Castelo (Portugal), Carlos Fernandes, from Minho, European Region of Gastronomy 2016. Grand Master of the Confraternity of the Gastronomers of Minho and member of the editorial board of various tourism related scientific journals, throughout his career. Carlos has cooperated with international institutions such as the World Tourism Organisation (UNWTO) and the Council of Europe and is currently member of IGCAT’s Experts network. He welcomed his appointment as jury member asserting that: ‘I recognise the huge value lying in the European Young Chef Award in terms of encouraging young talents to rediscover creatively their gastronomic traditions and local food products. It is a privilege for me to help them build their own paths towards a brilliant and sustainable future.’

From Galway International Hotel School at Galway Mayo Institute of Technology (Ireland), Cáit Noone, is also education spokesperson for The Taste Council of Ireland and external examiner to a number of higher education institutes. Cáit has a significant international working experience gained as Dean of the first International Hotel Management School in China – Les Roches Jin Jiang International and Academic Manager of Les Roches School of Hotel Management in Switzerland. An international IGCAT Expert, she is also member of the steering committees of Galway European Capital of Culture 2020 and Galway-West of Ireland, European Region of Gastronomy 2018.

Director and International Project Coordinator of ProAgria North-Savo (Finland), Ilona Sares is the initiator and coordinator of Kuopio, European Region of Gastronomy 2020. She works to support SMEs entrepreneurs in the rural area of Kuopio in finding new ways to survive in cooperation and pursue internationalisation. With a special interest in Food Safety matters, Ilona strongly advocates creative tourism as one of the best tools to strengthen and build synergies among the local food, travel and creative industries sectors. An earlier visual artist, she has a degree in arts management and is currently a PhD researcher at the University of Lapland. As for her role in the jury of the European Young Chef Award 2017, Ilona commented that ‘my desire is to help young chefs grow and build successful careers on their talent, with an eye to sustainability and food diversity; so, I feel very honoured to have the chance to support future professionals in this event.’

Last but by no means least, the co-organiser of this event and promotor of the 2016 edition, Executive Director of EUHT StPOL (University College of Hospitality Management and Culinary Arts), Catalonia (Spain), European Region of Gastronomy 2016, Lluís Serra. Lluís is also executive board and founding member of the Hotel Schools of Distinction, a global alliance of premier hotel schools and hospitality industry leaders devoted to creating high-quality talent. Lluís has been nominated vice-president of EUHOFA International, a prestigious association of hotel school directors and deans of hospitality colleges and universities, where he represents Spain, Portugal and Latin America. He is also a board member of Grup SERHS, a corporation specialising in products and services for the hotel, catering and associations sectors.

IGCAT is a non-profit organisation established in 2012 working in the fields of gastronomy, culture, arts and tourism. Through its worldwide network of experts, IGCAT aims to empower local communities by guiding, facilitating, and supporting local leaders in cities, regions and cultural projects to understand the potential of their distinct food, culture, arts and sustainable tourism assets. IGCAT is the official secretariat for the Region of Gastronomy Platform and provides the European Region of Gastronomy Award, the European Young Chef Award and the Innovative Food Souvenir Award.

The European Region of Gastronomy Platform and Award aim to contribute to better quality of life in European regions, by highlighting distinctive food cultures, educating for better health and sustainability and stimulating gastronomic innovation. IGCAT (International Institute of Gastronomy, Culture, Arts and Tourism) organises the award with the support of European institutions. 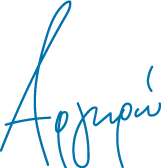